Ismet Abbasov: “If we want to hold such important events in Baku in 2012 , we absolutely had to arrive in Armenia” 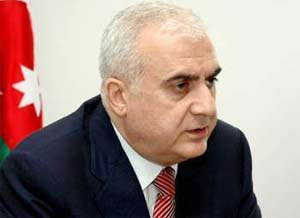 - How is attitude of Armenian community to visit of Azerbaijani minister to Armenia?

- In the local press reported about it. They pay much attention. They are interested in how I arrived here. I was born in Yerevan, and I know the Armenian language. And I gave several interviews. Presented my point of view in the way of reaching a settlement of the Karabakh problem.

- How organized your safety?

- For the sake of fairness I must say that security is provided at very high level. This comes from the high prestige of our country.

- Were there any attack to you by Armenian press in connection with your statements about the occupation of Azerbaijani lands by Armenia?

- I have told in interviews at Armenian media that occupation of Azerbaijani lands by Armenia is a fact and it is a reality that Nagorno Karabakh is Azerbaijani territory. Azerbaijan prefers peace way but in any case Azerbaijan will liberate its territory. If the peace way does not work we will use alternative ways.

At the same time, I said that can not be discussed any collaboration issue with Armenia till solving the Karabakh problem. The position of our country is so: only after the settlement of the conflict, it would be possible cooperation in all fields, including agriculture. I also spoke about the government program on reducing poverty and about special attention of Azerbaijani President to the development of agriculture.

- You have visited to a house in Yerevan, where you was born?

- Yes. The house where I was born and lived for 17 years is on its place right now, too. I visited to Goyche region. In Goyche I has visited the house of my father-in-law- Mikailov Bayramov’s house, who was director of the farm in the village Shishgaya, as well as the house of the rector of Azerbaijan Medical University Ahliman Amiraslanov. In all of these homes live people. In those houses in the Goycha region and in our houses in Yerevan settled Armenians who lived in Azerbaijan. This is the land of our fathers and grandfathers, where we were born and grown up.