King of Jordan Abdullah II to visit Azerbaijan on May 15 - 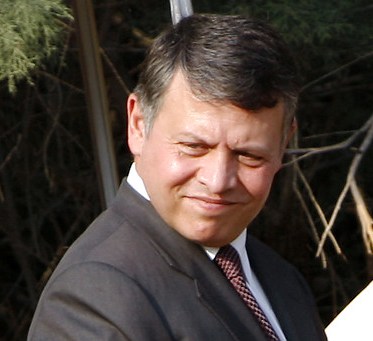 Ambassador Elman Arasli: “A Memorandum of Understanding and agreement on youth cooperation will be signed between the two countries during the visit”

-How do you evaluate current state of Azerbaijan-Jordan relations? What are prospective spheres of the cooperation between the countries?

-Azerbaijan-Jordan relations have been dynamically developed in the past four years. Leaders of both countries are interested in the development of relations. King Abdullah visited Azerbaijan for two times. Azerbaijani President Ilham Aliyev has also visited the Kingdom of Jordan. King Abdullah is expected to pay his third visit to Azerbaijan on May 15. First of all, political relations are developed between the countries. The Jordanian leadership is univocally supporting Azerbaijan in the Nagorno Karabakh conflict. Jordan condemns Armenia’s aggression and demands immediate and unconditional withdrawal from the occupied lands. It defends Azerbaijan’s position at the international organizations, including UN, the Organization of the Islamic Conference. One of the avenues in Amman was named after the late president Heydar Aliyev. There is an intensive exchange of delegations between the countries. More than 30 agreements of cooperation were signed between the countries. Two more agreements are expected to be signed during the King’s visit.

-What agreements are expected to be signed?

-Does the Jordanian community know Azerbaijan?

-Today Jordan-Azerbaijan Friendship Society is working in Amman. Former deputy chairman of the Council of Ministers and incumbent senator is leading the Society. But our relations are not in an official level. Azerbaijani Diaspora established its commission. The Society has its office here. They gather in the office to exchange ideas and to hold parties and exhibitions dedicated to Azerbaijan. “Soviet Azerbaijan”, a book written by the late president of Azerbaijan Heydar Aliyev, who was one of the USSR leaders in 1980s, was translated into Arabic and published in Amman. It is an indication of Jordan’s interest to Azerbaijan and they know Azerbaijan here in Jordan. The newspapers and television make reporting about Azerbaijan almost every week.

-What can you say about the economic relations? Is there increase or decrease in the trade turnover?

-The economic relations are improving. There is a separate agreement about it, meetings are held regularly. Intergovernmental commission was set up. The first meeting was held in Amman. The second meeting is planned for the second half of this year in Baku. Several business forums have been held for the development of the economic relations. About 15 Jordanian companies are functioning in Azerbaijan. Days of Azerbaijani Culture will be held in Amman in the second half of this year. Late in May Deputy Minister of Culture and Tourism Adalat Valiyev will come to Amman to discuss the preparations. The trade turnover between the countries is not so big. But there is progress. For example, last year the trade turnover increased by 43%. From this year Azerbaijan has begun to import vegetables and fruit from Jordan. Jordan is interested in importing cattle, small cattle from Azerbaijan.

-Azerbaijan has participated in SOFEX exhibition in Amman and demonstrated its defense products. What can you say about the cooperation in this field?

-There is cooperation in the military sphere and participation in this exhibition is the result of this cooperation. A joint commission has been established for military cooperation. Two meetings of the commission were held in Amman and Baku. The recent meeting was held in Baku in April. The representatives of Azerbaijan’s military structures regularly visit Amman.

-Several months ago, when Azerbaijan and Syria were holding gas talks, the Syrian media wrote if Azerbaijan’s gas is transported to Syria through Turkey it can also be transported to Jordan. Have any talks been held in this field?

-There is nothing serious in this field. The sides exchanged views. But it is not right to say something since there are no real results.