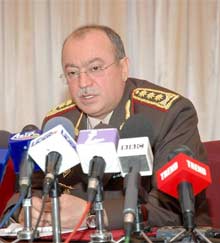 09:11 / 15.05.2010 The government officials informed the local residents that dangerous situation was resolved, and there was no problem for the residents of Azadkend, Polad Togayi, Yakha Dellek, Deshdeli, Haji Babir, Bala Hashimkhanli and Sarkhanbeyli villages to return home.

The officials thanked the local residents for their assistance to resolve the situation and endurance they showed facing with the problems.

The residents of Sabirabad expressed gratitude to President Ilham Aliyev for the government care for them. They emphasized that they felt attention of the government and president of Azerbaijan every time on the difficult days.